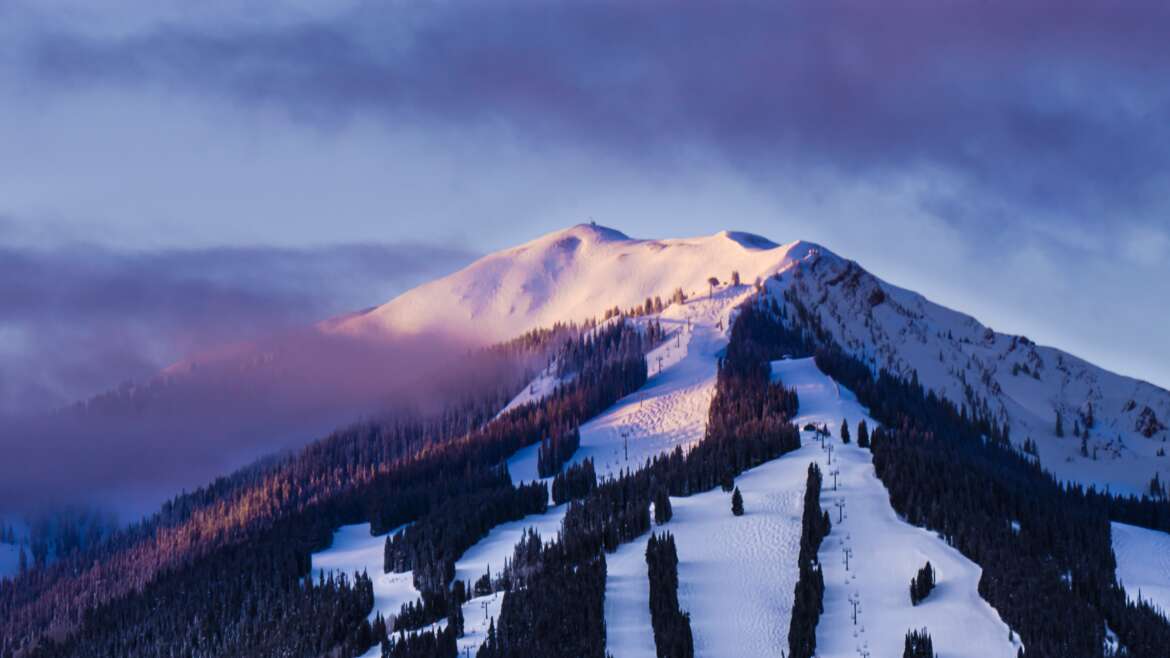 Attempting to determine the better between Vail and Aspen is largely a fruitless exercise. Both towns boast world class skiing, five star resorts, palatial estates and the kind of ultra luxury living that’s beyond enviable. The two of course also revel in the high standards of life enjoyed by the rest of Colorado, albeit well on the upper end of the spectrum. No, determining which of these renowned towns is the better of the two is purely a matter of personal choice. And once that choice is made, it’s highly unlikely it can be changed, for any reason.

That’s what we at Big Win Moving have found anyway. Over the past few years we’ve had more and more clients seeking to relocate to Colorado’s Ski Country, and a good nine out of ten of those clients had their minds made up long before they’d even called. Why? Well, it seems our Colorado-seeking clients all have extensive personal histories with their chosen destinations. In fact, many of our clients had been vacationing in the region since they were children. Others started ski holiday traditions straight out of college or when their own children were young. And now have decided to stake a personal claim to the place they’ve come to love. However long the ties, these clients are already bound to their dream towns. And they’ve enlisted Big Win to help them effortlessly live out those dreams.

That said, a diligent briefing is always helpful, whether or not one’s mind is made up. And we at Big Win aim to be helpful in every way possible. So without further ado, here’s a good look at Vail and Aspen, two of America’s dreamiest dream towns.

Vail has its own mountain, as well as its own same-named resort. In fact, the mountain is the largest ski mountain in Colorado and the resort predates the town by a full four years. That was in 1962. Since then Vail’s developed into one of the world’s perennial ski spots, not to mention one of the most exclusive places to live on the planet.

Vail’s not all powder and mansion though. During the early 1980s, the area blossomed into a year-round resort. Golf courses were laid out and mountain-biking trails were added, and gondolas and chairlifts began transporting sightseers instead of skiers. In quick succession, hot-air balloon rallies, tennis tournaments and concerts featuring everything from chamber music to rock became part of the Vail summer scene.

In the 1990s, a managed growth pact between the Town of Vail, Vail Resorts and U.S. Forest Service preceded the opening of Blue Ski Basin, which added 645 acres of additional skiable terrain on Vail Mountain. The agreement served as the catalyst for construction of roundabouts to improve the town’s carrying capacity as well as open space protections to improve the quality of life and quality of experience for residents and guests.

Another milestone occurred in 2005 with the start of Vail’s Billion Dollar Renewal. More than half the town’s commercial areas received a facelift following an infusion of private and public sector investments that begat new and renovated hotel units, additional commercial space and improved public spaces.

Vail being home to the Burton US Open Snowboard Championships will ensure the town maintains its place in the winter sports pantheon, while a $100 million expansion of Vail Valley Medical Center will ensure the community continues to receive exceptional medical care. Vail is also reportedly pursuing a series of sustainability initiatives that will significantly reduce its carbon footprint.

While the Kardashians did spend a season skiing, snowboarding and traipsing around Vail Village and Lionshead, and then President Gerald Ford famously used The Lodge at Vail as his “Western White House” back in the mid ‘70s, those were the exceptions rather than the norm. And these days esteemed part-time residents such as BlackRock CEO Laurence D. Fink, philanthropist Oscar Tang and former New York Mayor Michael Bloomberg adamantly prefer the quieter side of the resort town’s exclusivity.

And what exclusivity do they enjoy! Sperling’s Best Places reports Vail’s current median home price is $917,700, while LIV Sotheby’s says Eagle County (which includes Vail Valley) sold an astonishing $1,768,165,313 worth of homes in 2019. The most impressive rise was in the Edwards in the Lake Creek community, which saw a 450% uptick, and Vail Golf Course and Spraddle Creek, each of which saw home sales climb by 120%. According to the Year End Micro Marketing Report, Bachelor Gulch saw the most drastic rise in average single family home price, jumping from $4 million in 2018 to $7,748,750, a whopping 91.2% increase. You can’t argue with increases like these, so we won’t. We will say that the remarkable rises clearly illustrate Vail remains a most enviable place.

Aspen came about during the 1880s Colorado Silver Boom and got its name from the abundance of same-named trees that forest the town. The town truly came of age in the ‘50s, after industrialist Walter Paepcke of Chicago’s Container Corporation of America bought up a bundle of properties and opened both the Aspen Institute and the Aspen Skiing Company. The addition of Buttermilk, Aspen Highlands (both 1958) and Snowmass (1967) cemented Aspen’s place as a world class ski resort.

As you might suspect, Aspen also fields more than its fair share of Olympic skiers, with a good two dozen former and current United States team members calling the town home. Other notable Aspen residents include philanthropists Mercedes Bass and Carrie Morgridge, financier Thomas Bailey (founder Janus Capital Group) and Canadian-American billionaire Mortimer Zuckerman (whose Boston Properties is one of the largest real estate investment trusts in the U.S.).

And yes, Aspen is pretty much high end about everything. Ralph Lauren, Dior, Louis Vuitton, Prada, Gucci, Moncler, Van Cleef & Arpels, Valentino, Theory and Ermenegildo Zegna all have well-appointed shops in the town’s tony downtown, while the St. Regis and W luxury hotel chains join fabled inns such as Hotel Jerome and The Little Nell in hosting discerning resort-goers.

But it’s in real estate that Aspen truly defines high end. In fact, the town might just redefine the phrase. Sperling’s Best Places reports Aspen’s median home price currently sits at $1,635,500. And if Krug Properties’ forecast is any indication, that price won’t be sitting there for long! In fact, it’s likely already well beyond that figure. According to Chip Krug, who handles the Aspen Snowmass market for Sotheby’s (and who by the way is also an Olympic medalist), 2019 sales rose 37% over the year before, with single family homes in his market up to $7.589 million, an increase of nearly a million dollars. While the Bideau Team at Coldwell Banker Mason Morse cites a $9,995,000 median, the rise largely attributable to a shortage in inventory. Bideau also pointed out a high sale price of $54,500,000. All in all, Aspen is proving that there’s still such a thing as certainty, even in uncertain times.

Certainty happens to be one of Big Win Moving’s primary concerns. When a family or a company enlists us to help them relocate, they’re certain that every element of the move will be handled with utmost care and consideration. Whether it’s packing and crating, making use of our safe, secure temporary storage facility, or the shipping itself, Big Win provides the kind of all-around moving service you can rely upon without question. 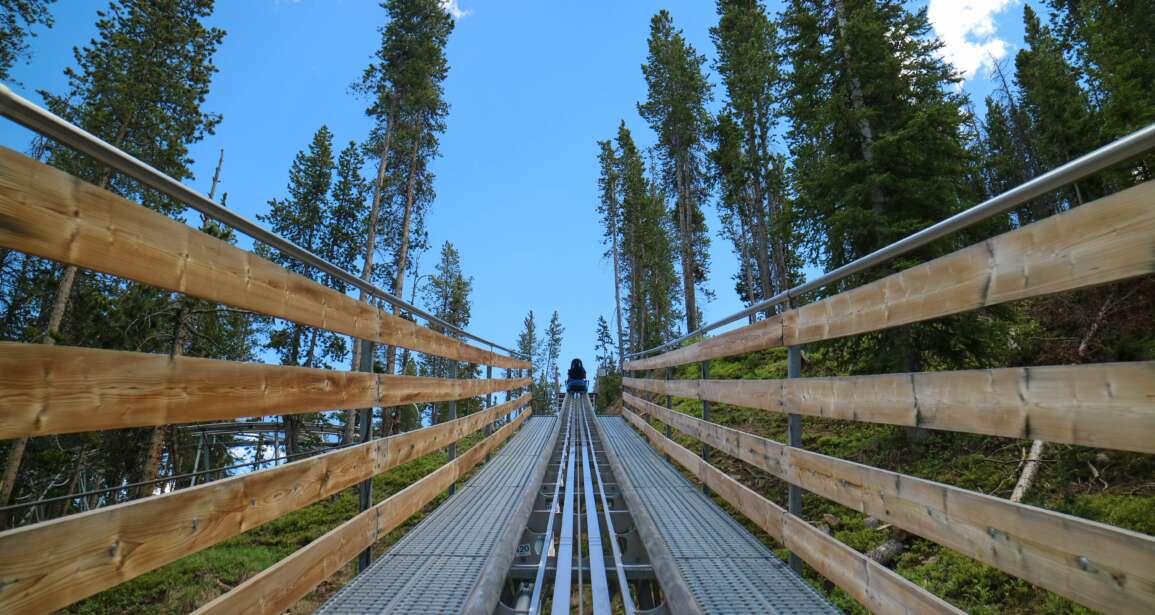