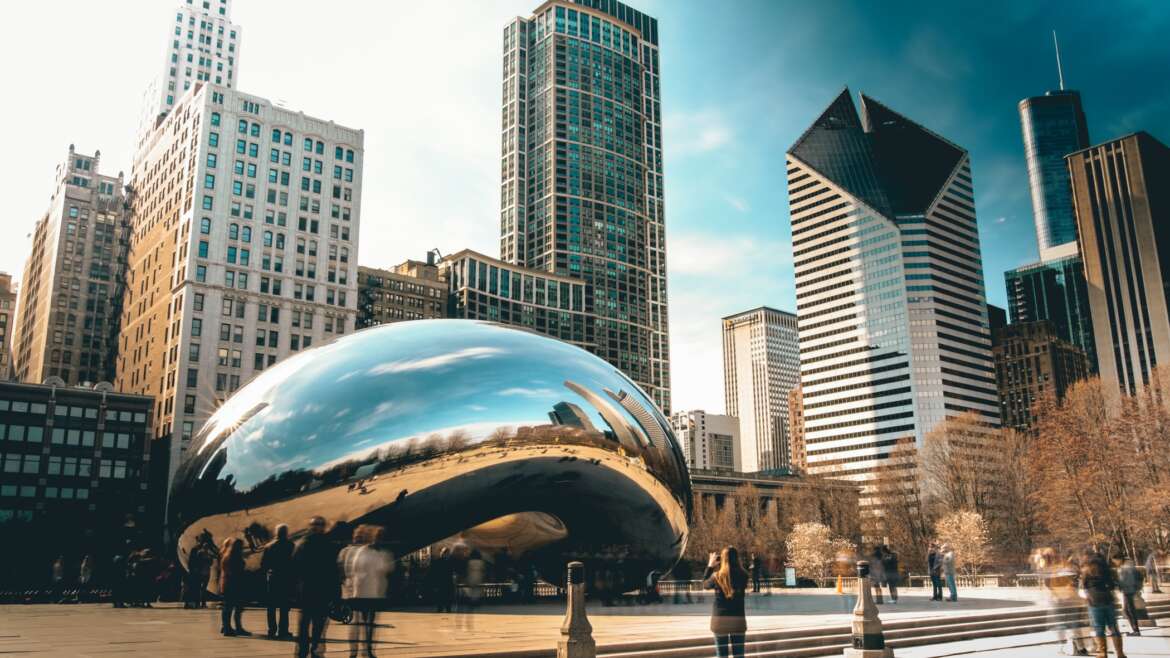 The City of Chicago covers an  area of 60,000 hectares and sits 176 meters (578 feet) above sea level on the southwestern shore of Lake Michigan. At 190 km wide and 495 km long, its the 5th largest body of fresh water in the world. The city is traversed by the Chicago and Calumet rivers. Chicago’s extensive parklands, including 3,000 hectares of city parks attract an estimated 86 million visitors annually.

As a multicultural city that thrives on the harmony and diversity of its neighborhoods, Chicago today embodies the values of America’s heartland-integrity, hard work and community and reflects the ideals in the social fabric of  its 77 distinct neighborhoods.

Chicago, on Lake Michigan in Illinois, is among the largest cities in the U.S. Famed for its bold architecture, it has a skyline punctuated by skyscrapers such as the iconic John Hancock Center, 1,451-ft. Willis Tower (formerly the Sears Tower) and the neo-Gothic Tribune Tower. The city is also renowned for its museums, including the Art Institute of Chicago with its noted Impressionist and Post-Impressionist works.