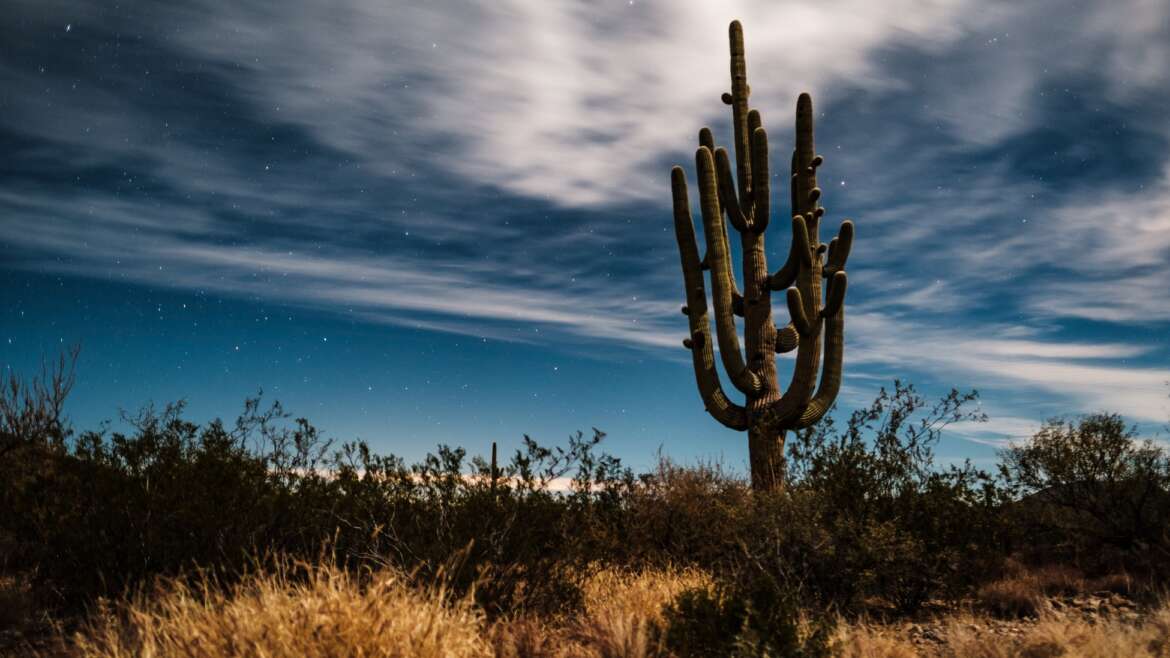 Taking Your Talents to Arizona

So you’ve decided to take your talents to Arizona. It’s an excellent decision. For many worthy reasons. Some of those reasons may be obvious; others perhaps not so obvious. But no matter the category, all of the reasons confirm you’ve decided wisely. They also signal a road ahead filled with unparalleled promise.

And Arizona has long been known for keeping to its promise too. The state continues to rank among the country’s Top 5 for trade, as well as transportation. It’s second among all Western States’ Per Capita Personal Income, and third in Real GDP. Plus its housing market remains one of the nation’s most robust. Then there’s the Grand Canyon State’s ever increasing tourism industry, which of course includes of its motto’s glorious namesake, not to mention other breathtaking natural wonders such as the Petrified Forest, the Saguaro Desert and Red Rocks State Park.

Let’s take a good look at what makes Arizona is such a promising state:

U.S. News & World Report has again ranked Arizona State University #1 of the country’s “Most Innovative Schools.” ASU has topped this list since the category’s 2016 inception, placing the school ahead of such vaunted research universities as Stanford and MIT. The placement is especially noteworthy considering the rankings are culled from a survey of America’s top college presidents, provists and admissions deans.

ASU was also ranked number one in the nation and fifth in the world by Times Higher Education for advancing the United Nations’ Sustainable Development Goals. Those goals include global impact on poverty and hunger, developing solutions for clean water and energy, as well as promoting gender equality. The ranking clearly indicates ASU will continue to lead the world in advancing measures of equity.

ASU’s excellence in both graduate and undergraduate programs ensures the state is continually seeded with top flight talent. Then again, when a university’s 3,400 faculty members includes five Nobel laureates, five MacArthur fellows, seven Pulitzer Prize winners and hundreds of other award recipients, a robust field of talent is pretty much a given.

Yes, what about that talent? ASU’s list of distinguished alumni is as lengthy as it is impressive. The field also happens to cover every field worth covering. A fact that’s sure to spur those seeking to recruit or to be recruited.

Perhaps the most notable alum on the business side of the ASU equation is Netflix COO Ted Sarandos. Sarandos relies on “data-infused intuition” to oversee the company’s $6 billion annual budget. And those enlightened algorithms have helped Netflix become the country’s largest entertainment/media company by market cap.

Other noteworthy ASU business alumni include Michael R. Burns, vice chair of Lionsgate, Vince Ferarro, VP of Eastman Kodak, and Derrick Hall, president of the Arizona Diamondbacks. In fact, sports and business have always had a symbiotic relationship at ASU, most notably perhaps via Under Armour co-founder Ryan Wood, who was a fullback with the Sun-Devils.

ASU alum such as three-time Masters Champ Phil Mickelson and baseball great Reggie Jackson may disagree about that notability quotient though. So might the hundreds of Olympic athletes who’ve called ASU their educational home, if only for the sheer numbers they represent. Then again, ASU has always positioned itself as an Olympic training mecca of sorts. And last year’s hiring of both Michael Phelps and his coach Bob Bowman makes it clear the university plans to stay that way. It’s also clear that the town of Tempe will greatly benefit from the top talent pool such a positioning promises.

ASU isn’t the state’s only steady producer of top flight talent. In fact, a mere 90 minutes south of Tempe lies the Tucson campus of the University of Arizona (or, as the locals call it, Arizona), which also boasts an impressive and longstanding pedigree.

Arizona, like ASU, dates back to 1885, when the land was still a Territory. Unlike ASU, Arizona was chartered as a university as opposed to a “normal school.” But Arizona almost didn’t survive its chartering. And were it not for the generous land donations of two gamblers and a saloon keeper, Tucson wouldn’t have even had a university.

But Arizona not only survived the initial round of wrangling, it went on to be one America’s most recognized universities. Arizona is the fourth highest recipient of NASA research funding (in fact, it led the agency’s ‘07/’08 Mission to Mars), and among the 25 highest producers of Fulbright scholars. Arizona also happens to be full owner of the highly-acclaimed Biosphere 2 scientific research facility in Oracle, Arizona.

Among Arizona’s more distinguished business alumni are UK Ambassador Robert Wood Johnson IV, owner of the New York Jets and great-grandson of the founders of Johnson and Johnson, Terry Lundgren, former CEO of Federated Department Stores, and Arturo Moreno, owner of the Anaheim Angels, as well as R. Alexandra Keith, who heads Proctor & Gamble’s $12.89 billion global beauty division. Considering these financial overachievers could’ve chosen to attend any university in the world speaks highly for what’s on offer from Arizona, both as a school and as a state.

Arizona’s distinguished alumni aren’t the only ones who found much to be offered by the robust and ever-growing state. Companies as successful and ubiquitous as PetSmart, Banner Health and U-Haul all make Phoenix their headquarters, while Circle K and DriveTime Automotive have chosen Tempe. And both Magellan Health and GoDaddy home base in Scottsdale.

PetSmart is actually one of those local success stories about which books should be written — and undoubtedly will. Launched in 1986 as the two-outlet PetFood Warehouse, the company now boasts nearly 1500 locations in every state in the nation, plus Canada and Puerto Rico. It has also stayed resolutely committed to the city of Phoenix, which is also homebase to company founders Jim and Janice Dougherty’s PetSmart Charities, the country’s single largest supporter of animal welfare.

DriveTime Automotive Group is another Arizona-based disruptor company successful enough to be both booked and studied. The company began life as Ugly Duckling Rent-a-Car, but after a series of retrofits, started re-positioning itself as a used car dealership in 1992. The company now boasts 145 locations across the country. DriveTime finances its sales through its affiliated SilverRock and Bridgecrest arms, and also sells via Carvana, the first company to employ car vending machines. Like PetSmart, DriveTime is fully committed to Arizona. In fact, billionaire owner Ernest Garcia II credits the state with creating a success-ready climate.

Highly successful companies such as PetSmart and DriveTime don’t of course operate in a bubble. In fact, their trajectory is directly tied to a particular state’s business climate — so is their success. And here too Arizona ranks among the best in the land.

The state’s growth rate has remained strong and steady for well over a decade. In fact, Business News Daily reports a gross domestic product growth that’s fourth highest in the nation. The state also boasts one of the lowest costs of living in the nation, as well as a welcomingly low threshold for starting a business. That’s undoubtedly why Arizona has become one of the most attractive states for small businesses leaving California.

Then there are Arizona’s taxes, which, says Business News Daily, range from low to moderate. “The state sales tax is middle-of-the-road at 5.6%, but the flat corporate income tax of 6.968% and the five-bracket personal income tax ranging from 2.59% to 4.5% make the overall tax burden generally manageable.” Furthermore, most Arizona cities also often have very generous tax incentives for opening a business in one of their many enterprise zones.

It is this combination of reasonable rates and generous incentives that’s lured the likes of Amazon, Acronis, Valor Global and TEKsystems to announce Arizona expansions, as well as Infosys to create a Phoenix-based innovation hub that will employ 1,000 full-time workers by 2023.

Arizona’s location makes it an obvious choice for California companies seeking either to expand or, in many cases, relocate completely. It also beckons well for the Golden State’s entrepreneurial class, who are finding Silicon Valley less and less hospitable for new startups. After all, California’s cost of living will only continue to skyrocket. While the one aspect certain to skyrocket in Arizona will be the number of new businesses.

No overview of a state would be complete without a good look at its real estate portfolio, and again Arizona ranks among the nation’s most attractive.

The average sale price of a home in Phoenix has risen 8.5% over the past year and prices are slated to remain steady despite nationwide uncertainty. In fact, Norada Real Estate Investments claims Phoenix’s home sales remain strong, and Redfin says the city’s highly competitive housing market has Hot Homes averaging sales just 13 days from their initial listing.

The Phoenix commercial real estate market is on par to match if not exceed its residential rate of increase. Much of that rise can be attributed to aerospace and defense technology giant Northrop Grumman’s new 633,000 square foot campus in suburban Chandler, a sure sign that Phoenix has the talent necessary to field such an extensive undertaking.

But that’s not all Phoenix has to offer says Roland Murphy, director of research at ABI Multifamily:

“At this point in the market and cycle, Phoenix, literally, has everything,” he says. “We’re still highly affordable, have massive success in economic development across a range of job levels/industries, and are consistently modernizing and adapting our quality of life for the better.”

That’s most certainly a ringing testament for even greater things to come in Phoenix, as well as the rest of Arizona!

Big Win Moving has been making executive-level moves for businesses, families and government agencies for years. We specialize in relocating executives and their families, in addition to their businesses. We’ve also contracted with numerous Federal agencies to help relocate re- or newly-appointed Secretaries, Deputy Secretaries and Chief Officers of both State and Executive branches. Whether moving across town or across the country, our high profile clients rely upon our discretion, as well as our professionalism. And over the years we’ve become the go-to movers for the executive class here in Hollywood and in New York and Washington.